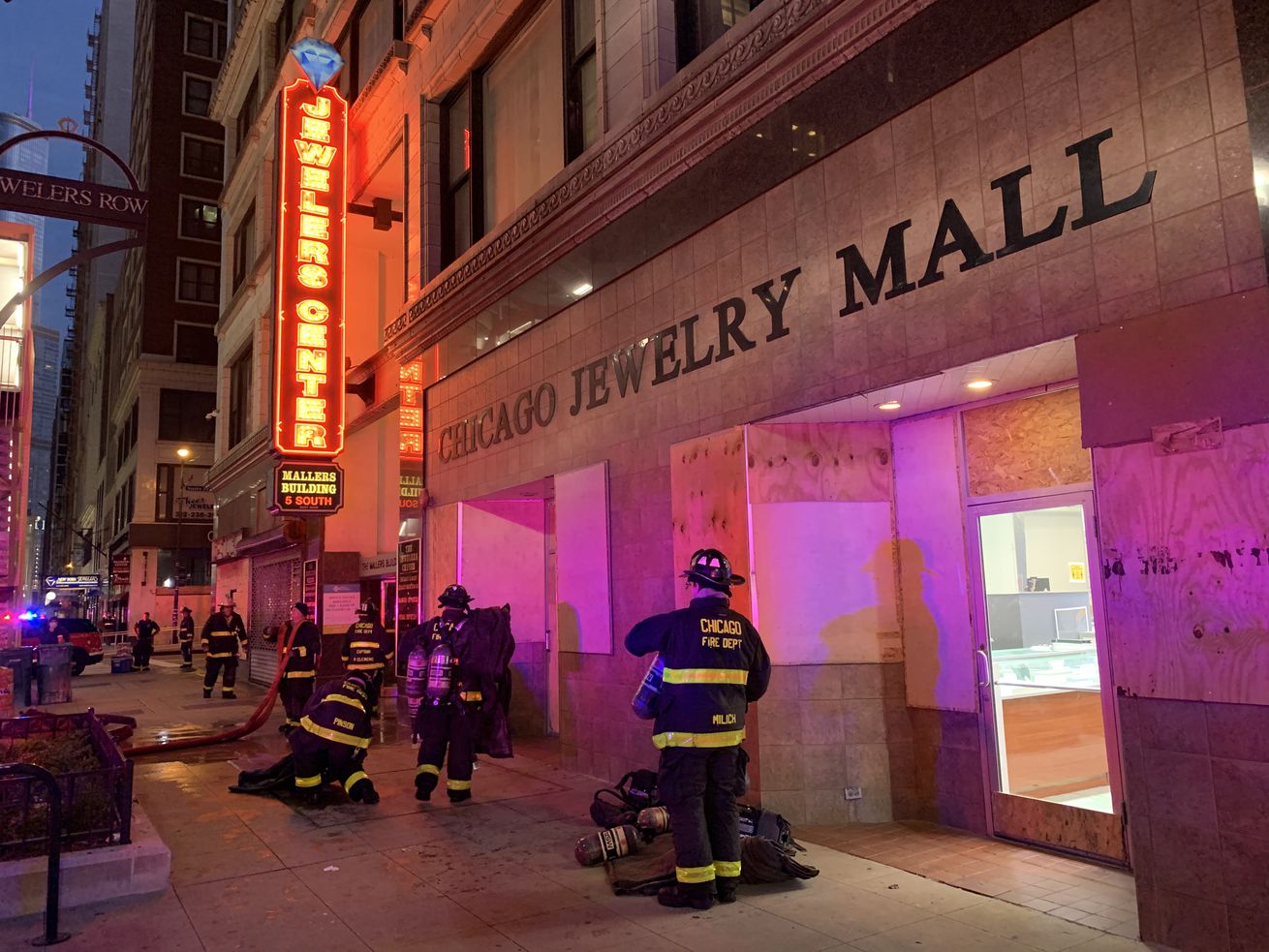 Firefighters extinguished a blaze on Jeweler’s Row in the Loop. | Sam Kelly/Sun-Times

Chicago fire officials said the fire had been extinguished by 5:28 a.m

About 200 firefighters responded to a blaze on the 10th floor of a high-rise early Thursday on Jewelers Row in the Loop.

Firefighters got the call at 3:53 a.m. for a fire in the first block of South Wabash Avenue, Deputy District Chief Frank Velez said. Firefighters were on the scene within five or six minutes and extinguished the fire quickly, Velez said.

Two firefighters were transported to a hospital because of heat exhaustion, and their conditions were stabilized, Velez said.

The 10th floor houses businesses, according to the deputy chief. No other injuries were reported.

Officials are investigating the cause of the fire.