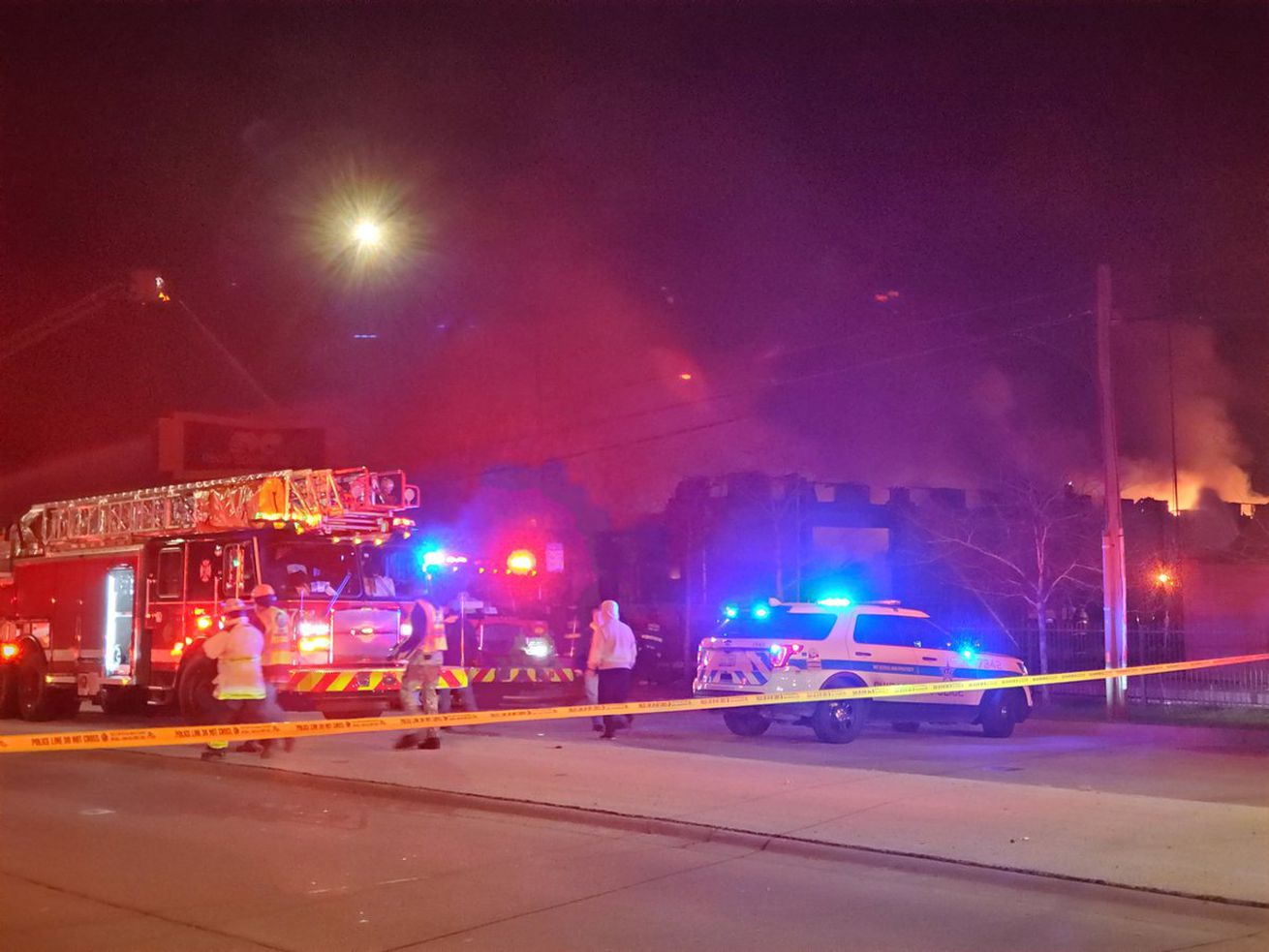 Firefighters tackle a massive blaze at a warehouse Nov. 11, 2020, in the 11900 block of South Avenue O. | Tyler LaRiviere/Sun-Times

An extra-alarm fire broke out Wednesday at a warehouse on the Far South Side.

The blaze was reported about 8:43 p.m. at a two-story building in the 11900 block of South Avenue O, Chicago police and fire officials said.

The incident was upgraded to a three-alarm fire and the building’s roof collapsed, officials said. A HazMat team was called to monitor some propane containers on the scene.

No injuries were reported, and the blaze was extinguished by 11 p.m., according to police and fire officials.