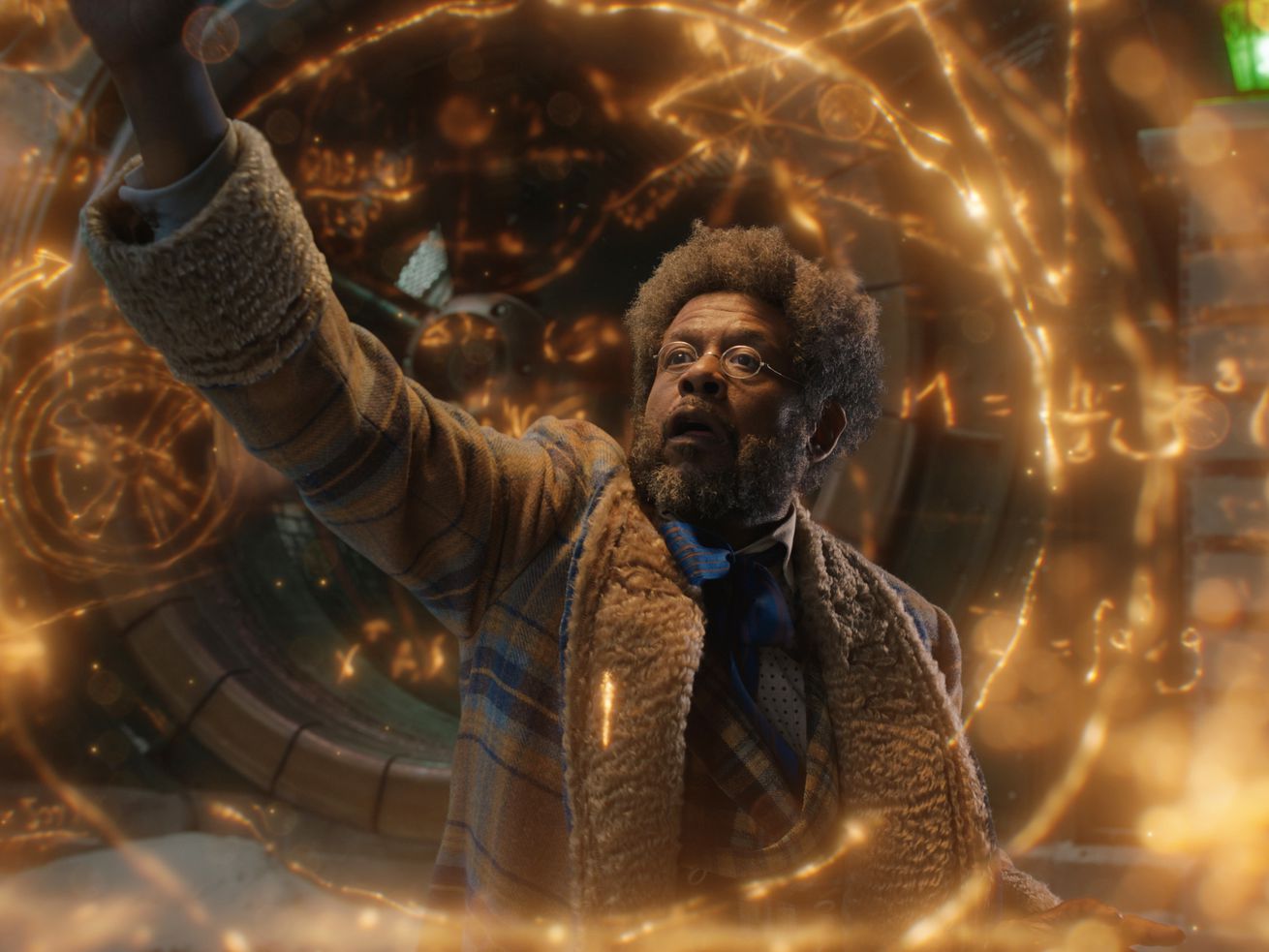 Forest Whitaker plays a toymaker whose notebook of invention was stolen in “Jingle Jangle.” | Netflix

The steampunk fantasy on Netflix comes complete with a joyful spirit, superb dance numbers and the singing talents of Forest Whitaker.

“Jingle Jangle: A Christmas Journey” has the power to fill your spirit with joy and make you want to burst into applause — not once, not twice, but at least three times, thanks to rousing, infectious, exquisitely choreographed production numbers worthy of a hit Broadway musical. And in fact, writer-director David E. Talbert originally conceived this work as a stage production, but it works beautifully as a colorful, creative, groundbreaking musical film with the principally Black cast turning in outstanding work in what will surely become perennial holiday viewing.

This is an impressively staged steampunk fantasy with elements of “The Princess Bride,” “The Wizard of Oz,” “A Christmas Carol” and even “Wall-E,” but it has its own signature look and sound, with memorably catchy musical numbers composed by Phillip Lawrence, Davy Nathan and Michael Diskint, plus one number from John Legend. Though it’s occasionally stuffed with too many trimmings and bells and whistles, like that one house in your neighborhood that goes over the top with the decorations every year, this is the kind of film that will have your kids saying, “Let’s watch it AGAIN” as soon as the end credits commence. And you’ll be OK with that, because you loved it too.

The framing device for “Jingle Jangle” has a kindly grandmother (Phylicia Rashad) reading a special Christmas story to her two young grandchildren. Off we go to the postcard-perfect village of Cobbleton (“played” by Norwich in the UK), where the brilliant and eccentric inventor and toymaker Jeronicus Jangle (Justin Cornwell) has perfected an animatronic miniature named Don Juan (voiced by Ricky Martin), a loquacious and vain bullfighter. It’s a time for celebration — but things quickly take a turn for the worse, first when Jeronicus’ apprentice steals his notebook of inventions and then, tragically, when Jeronicus’ beloved wife passes away.

Cut to some 30 years later. Jeronicus (now played by Forest Whitaker, and who knew Forest Whitaker had such a fine singing voice!) has become a muttering, distracted, downtrodden old man who has turned his once-wondrous emporium into a pawn and repair shop. He hasn’t talked to his estranged daughter Jessica (Aniki Noni Rose) in years, and he hardly knows his 10-year-old granddaughter Journey (Madalen Mills) when she shows up on his doorstep for a holiday visit. Meanwhile, the hiss-worthy villain Gustafason (Keegan-Michael Key in a scene-stealing performance) has used the stolen book of inventions to become the most popular and successful toymaker in all the land. What a bounder!

Oh, and we’d be remiss if we didn’t mention the banker Mr. Delacroix (Hugh Bonneville from “Downton Abbey”), who has a great fondness for Jeronicus but periodically comes calling to remind him of the impending Christmas Day deadline for Jeronicus to make good on his debts. And there’s even time for a potential romance for the widowed Jeronicus, as the mail carrier Ms. Johnston (Lisa Davina Phillip) has an obvious crush on him.

So much movie packed into one story, but the universally appealing performances and the show-stopping musical numbers carry the day. The color-coordinated, elaborately constructed costumes by Michael Wilkinson are Oscar caliber, as is the production design by Gavin Bocquet. “Jingle Jangle” is the early Christmas gift that keeps on giving, a holiday film to be treasured.