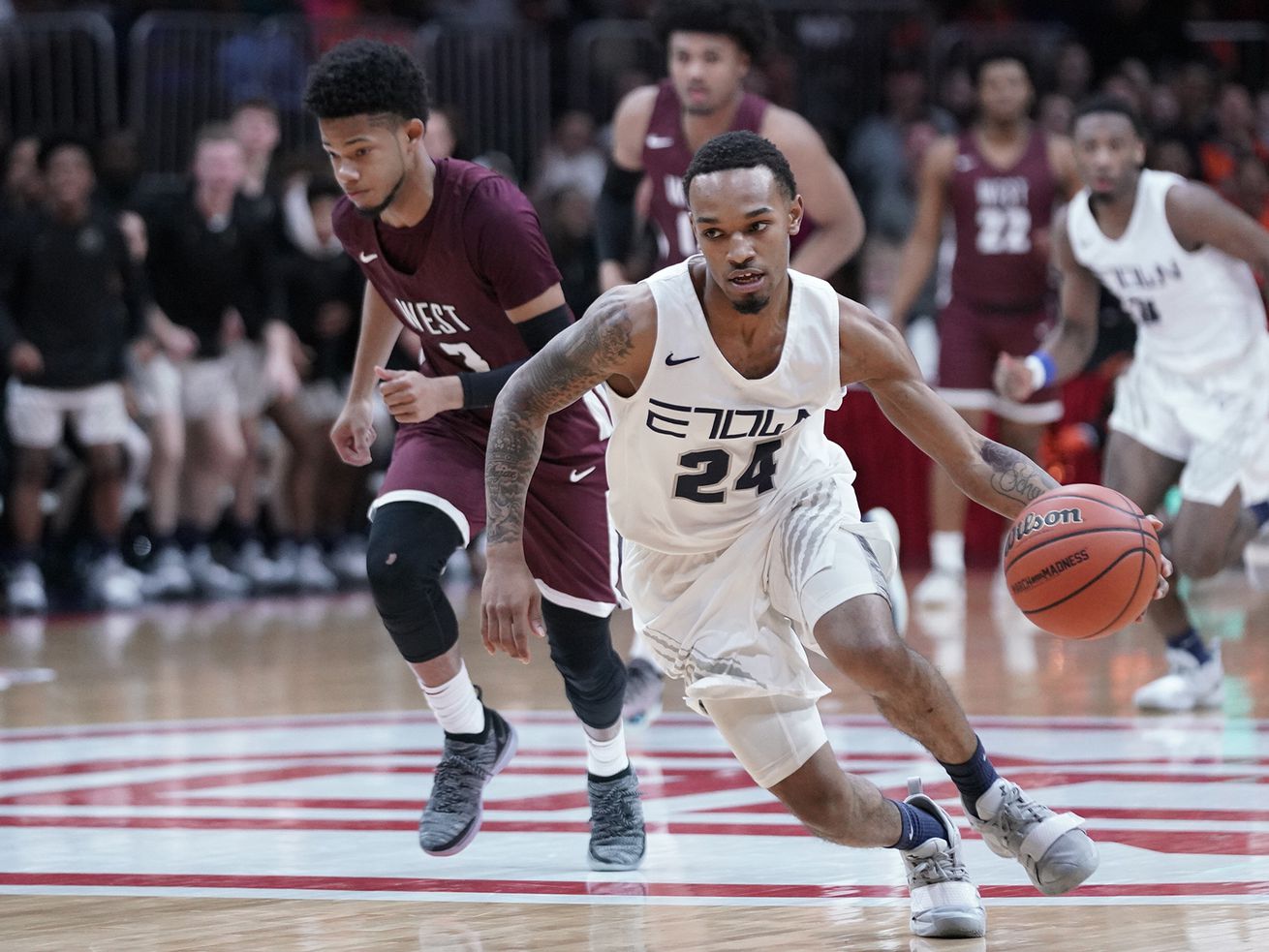 Evanston’s Ryan Bost (24) gets a steal against Belleville West in the 2019 Class 4A state championship game in Peoria. | Worsom Robinson/For the Sun-Times

Ryan Bost was fatally shot Monday in Rogers Park on the North Side. Bost was struck in the chest and taken to St. Francis Hospital in Evanston, where he was pronounced dead, police said.

About 7 p.m., the 20-year-old was in the back seat of a vehicle in the 6700 block of North Newgard Avenue when someone approached and fired shots after an exchange of words, Chicago police said.

Bost was struck in the chest and taken to St. Francis Hospital in Evanston, where he was pronounced dead, police said.

Bost, a 2019 Evanston high school graduate, was a three-year starting guard on the basketball team. He helped the Wildkits to a second place finish in the state his senior year and a third place finish his junior year.

“He was a person that was always putting others before himself,” Evanston basketball coach Mike Ellis said. “He was just such a calming factor in every place we went, including practices that were heated and chaotic. And in timeouts in games when teams were going on runs against us. Everybody was pretty vocal at times and there was always Ryan there soaking it in, very stoic. And he when he did speak everyone paid attention.”

In the long history of Evanston basketball, no player won more games than Bost. He teamed with fellow 2019 graduates Jaheim Holden and Lance Jones to win more than 100 games.

We wake up with heavy hearts as we mourn the loss of Ryan Bost. Ryan brought pride to our school through his fierce defense on the court, but more importantly, he brought joy and loyalty to his friends and family off the court. He will forever hold a special place in our hearts. pic.twitter.com/szD7GZCaoY

“Lance, Jaheim and Ryan won 100 games in four years, the most in the history of the school,” Ellis said. “And his grandfather Bob Bost was a legend in the community. He was the one holdover on the coaching staff that took me under his wing to bridge the past and the future of Evanston basketball.”

Bost’s younger brother Rashawn is currently a junior on the Evanston basketball team.

“It’s challenging right now to try and make sure all the kids are ok,” Ellis said. “If we had in-school learning we’d be meeting and just able to be with one another and talk. We are going to do a Zoom meeting to try to bring everybody together but a Zoom meeting doesn’t have the same influence it would in person.”

Ellis said that a large group of nearly 100 gathered outside St. Francis hospital last night when word got around that Bost had been hurt. Ellis said that Bost’s parents weren’t allowed in the hospital.

“It was tough,” Ellis said. “I don’t know if that was due to the investigation or [COVID-19] but they were wearing masks.”