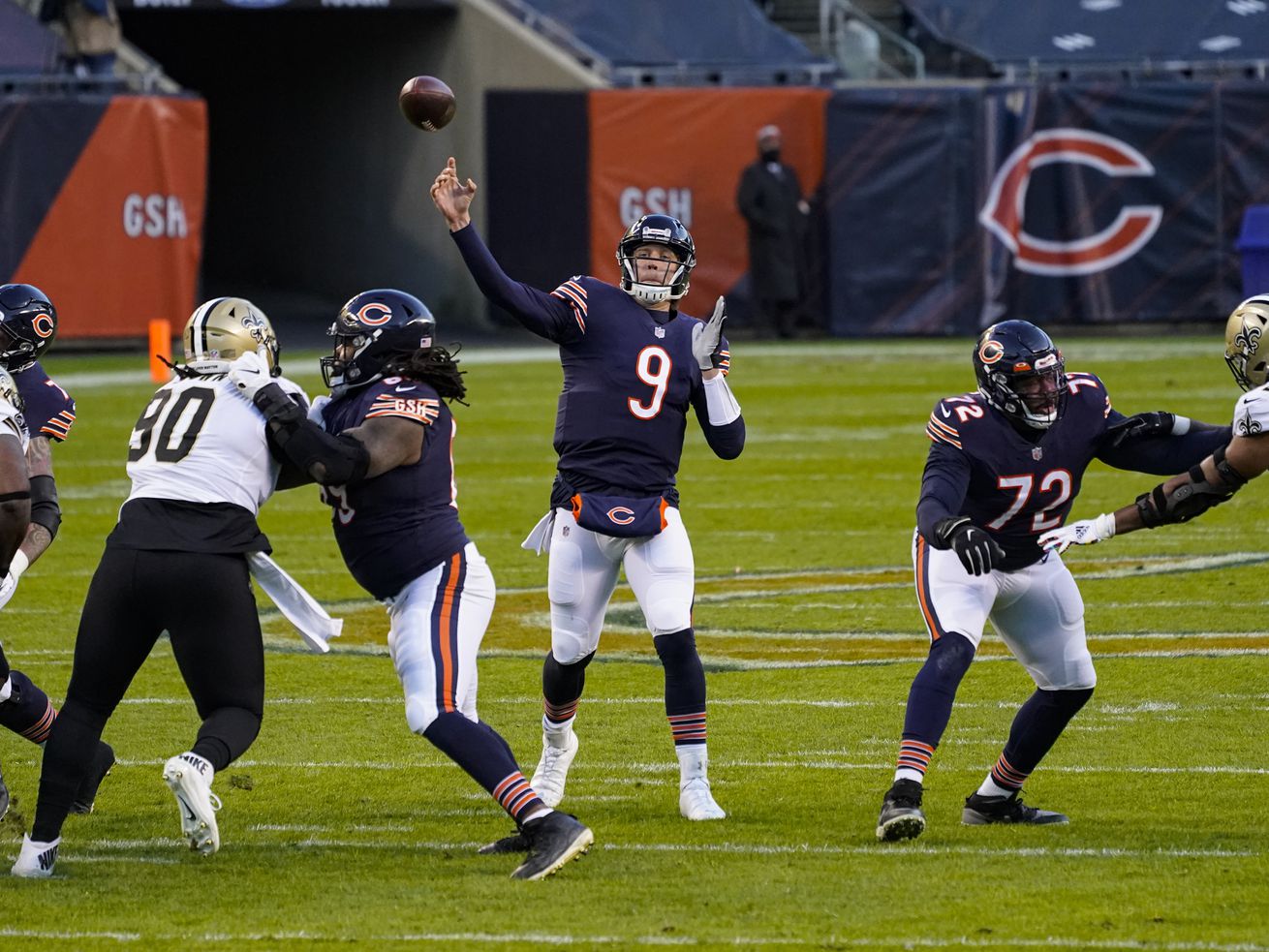 Nick Foles had a clean pocket on his 24-yard touchdown pass to Allen Robinson. | AP Photos

It hasn’t been perfect, but the Bears have certainly been more interesting offensively than they’d been in a while. Quarterback Nick Foles went into the half with a 112.5 passer rating.

The Bears went into halftime leading the Saints 13-10 after the offense finally broke out with some big plays.

They caught a break when Saints kicker Will Lutz doinked a 27-yard field goal off the right upright and responded with arguably of their most impressive drive of the season. Nick Foles hit Darnell Mooney for 50 yards on a ball deep down the middle, then two plays later found Allen Robinson for a 24-yard touchdown and a 10-3 lead.

Defensively, the Bears have contained the Saints offense despite struggling to keep tabs on running back Alvin Kamara.

Kamara put up 121 yards from scrimmage in the first half, including a short pass that he took 47 yards at the end of the first quarter to put the Saints on the edge of scoring range before Lutz’ miss.

The Saints snuck in a touchdown with :03 left in the half with a 68-yard drive in 1:36, capped by Drew Brees’ 16-yard touchdown pass to tight end Jared Cook.

It was an eventful first half for the Bears beyond that.

Perhaps inspired by the Saints’ use of wildcat quarterback Taysom Hill, Bears coach Matt Nagy debuted former starting quarterback Mitch Trubisky in that role late in the first quarter. Trubisky picked up three yards on first-and-10 from the Saints’ 35.

He did so behind an offensive line that took another big hit. Already missing left guard James Daniels (season-ending pectoral injury) and center Cody Whitehair (calf), the Bears lost right tackle Bobby Massie to a left knee injury in the first quarter. He was replaced by Jason Spriggs.

Spriggs then went down with an injury late in the second quarter. The Bears shifted left guard Rashaad Coward to his spot and sent in Alex Bars at left guard.

The Bears will get the ball to begin the second half.