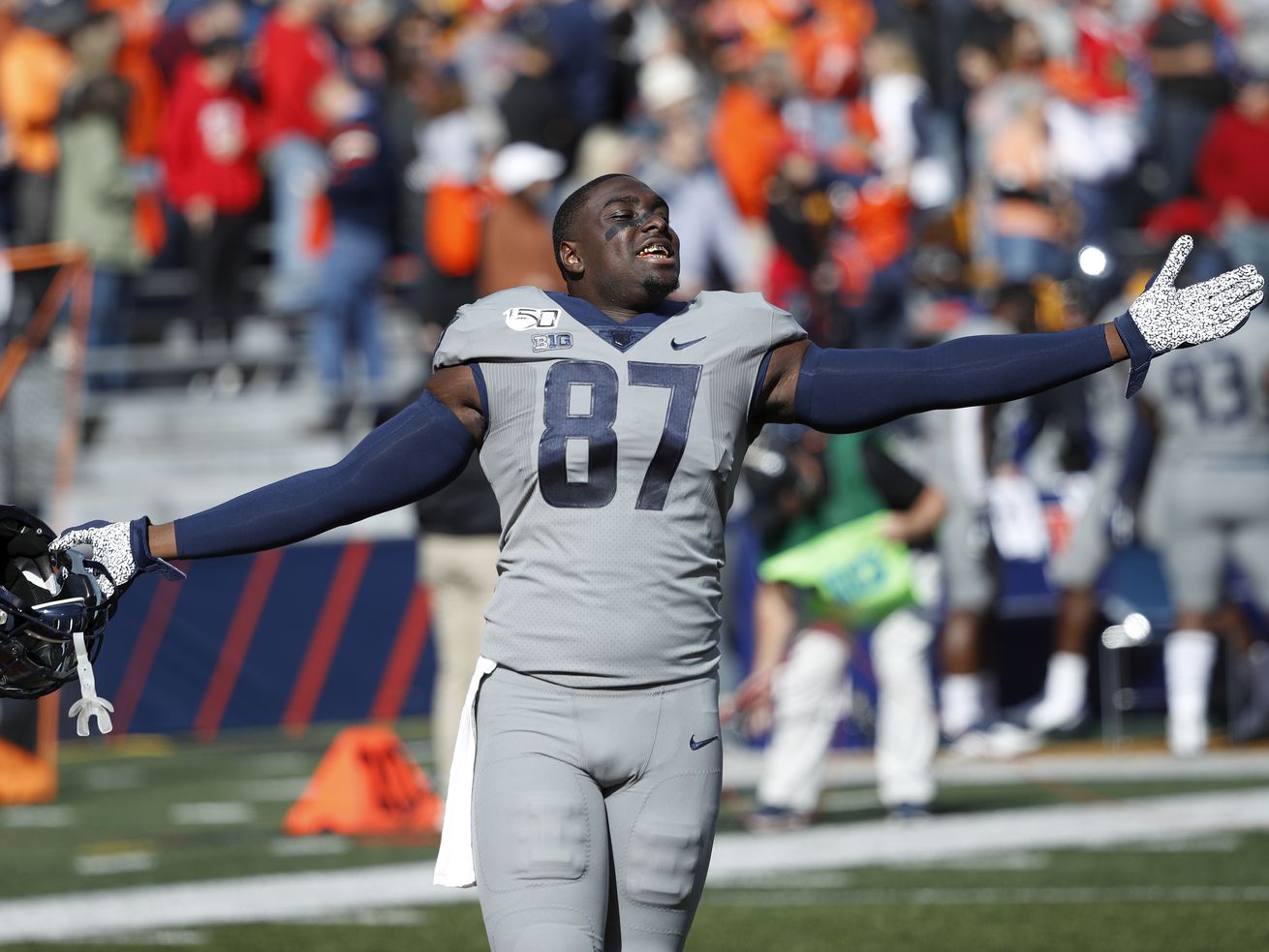 The last time Illinois and Wisconsin met, the Illini pulled off a stunning upset. | Photo by Joe Robbins/Getty Images

Week 1 for Illinois, Northwestern and the rest of the conference is actually Week 8 nationally. But everything will get sorted out eventually. Or not. There are no guarantees in pandemic football.

We know it. You know it. Even your Uncle Earl knows it, and he’s the kind of guy who’ll say anything just to get a rise out of people.

Ohio State is the team to beat in the Big Ten.

Most of the rest of college football didn’t have the manners to wait for the Big Ten to arrive at the 2020 table, so Week 1 for Illinois (which visits Wisconsin on Friday), Northwestern (which hosts Maryland on Saturday) and the rest of the conference is actually Week 8 nationally. But everything will get sorted out eventually. Or not. There are no guarantees in pandemic football, only that the math used in determining an eventual playoff field will be fuzzier than ever.

If the Big Ten can pull off its season as planned, each team will play nine straight weeks of conference games only. And the overwhelming favorites to be atop the pile at the end are the Buckeyes, who open Saturday at home against Nebraska. Quarterback Justin Fields is the star of stars. Coach Ryan Day seems to be more than simply Urban Meyer Lite. It probably won’t take the Buckeyes more than a couple of victories before they move right into the top three of the national polls.

But let’s not get ahead of ourselves. As a football coach once advised us, it’s better to take these things one game at a time. He was quite the original thinker.

Something to worry about: QB Teddy Bridgewater hasn’t been sacked in the last two games, the first time a Panthers offensive line has kept its guy clean in back-to-back weeks since 2011. Just spitballing here, but maybe Khalil Mack ought to take it upon himself to end that streak.

No biggie, just a little Aaron Rodgers-vs.-Tom Brady action. Somehow, this is only the third time they’ve faced each other. Any chance both of them can lose this one?

The Dodgers have been seasonlong favorites to get to the World Series. The Braves are trying to avoid blowing a 3-1 lead in this series. Pressure? You better believe both teams are feeling it.

Patrick Mahomes and the champs are coming off this almost unrecognizably rare thing called a loss. How many offensive possessions will it take them to put the pedal all the way to the metal? We’re going with one.

A new, weekly Bears show airs on Marquee, with usual Cubs studio dude Cole Wright playing host. Finally, Wright gets to talk about a team that puts some points on the board.

Sure, both teams are terrible, but you know what? It’s football. At least, we think it’s football. Can we get a ruling over here about whether the NFC East counts as football?

Scott Frost’s Huskers were supposed to take off in his second season at the helm. It didn’t happen. It’s probably not going to happen here, either.

Look, we don’t want to tell coach Brian Kelly his business. But we’re pretty sure his game plan ought to include more than the 12 points his supposedly top-notch Irish scored against Louisville.

The Fire needed a Hail Mary goal last time out just to earn a draw against Sporting Kansas City. Two more points and far less last-minute drama in this one would be perfect.

Nobody has been itching to get back out there more than Pat Fitzgerald, whose Wildcats tumbled into the Big Ten West cellar last season. If you’re waiting for a crack about Northwestern being used to playing at Ryan Field without fans, sorry — not happening.