There are very few Hollywood screenwriters who are able to craft perfect, memorable dialogue. Quentin Tarantino would be one, along with The Coen Brothers, but above them stands Aaron Sorkin; who has managed to craft some of the best screenplays over the past 20 years including Charlie Wilson’s War, The Social Network, Moneyball, Steve Jobs, and Molly’s Game. Later this year, he will be releasing his second outing as a director with The Trial of the Chicago 7 set to release in select theaters and Netflix.

In taking on this project, Sorkin has decided to take his style and look at one of the most tumultuous years in American history, 1968. A year that saw the assassinations of Martin Luther King, Jr. and Robert Kennedy, the escalating Vietnam War, the ongoing struggle for Civil Rights as well as the rise of the Black Panthers and the FBI and their insidious program for disrupting “political dissidents” called COINTELPRO. Recently, a teaser trailer was released for this ambitious project and while the 97 second trailer does not give us the full picture of what to expect but we can certainly dissect it.

For starters, we see that The Trial of the Chicago 7 boasts an all-star cast that includes Yahya Abdul-Matteen II, Sacha Baron Cohen, Joseph Gordon-Levitt, Michael Keaton, Eddie Redmayne, Mark Rylance and William Hurt. Sorkin has always had the ability to attract all sorts of stars to his projects including Tom Hanks, Julia Roberts, Philip Seymour Hoffman, Jesse Eisenberg, Rooney Mara, Andrew Garfield and Jessica Chastain. While a plethora of stars does not decide a film good or not, it is a good sign that so many prominent, well-known actors have signed on for the film.

Front and center in the trailer is Cohen who will be playing legendary activist Abbie Hoffman who chillingly remarks at the end of the trailer by saying “I’ve never been on trial for my thoughts before.”

In addition, Chicago 7 is set during a time when so many historical threads were intertwined, yet it’s next to impossible to unwind them all. The assassinations of several prominent leaders like Dr. King and Robert Kennedy sparked unrest of had wide-ranging historical repercussions that society is dealing with to this day. Specifically, the murder of Kennedy in 1968, literally minutes after the California Primary, sent the Democratic Party into a tailspin who were forced to find a viable candidate that could compete against the presumptive Republican nominee, Richard Nixon. Next to the political unrest, was the escalation of the Vietnam War and the American public seeing troops come home in body bags. At home, rising unrest and the ongoing struggle for Civil Rights led to the creation of the Black Panther Party founded by Fred Hampton, Huey P. Newton and Bobby Seale. Behind the scenes of all of these threads, was the FBI who under the direction of Director J. Edgar Hoover began a targeted disinformation campaign against political groups like the Black Panthers and prominent Civil Rights leaders under a program titled COINTELPRO. The exact details of this program are outside of the scope of this breakdown but let’s just say the FBI was up to some shady practices for a long time for reasons that now seem racist.

All of these threads came together at the 1968 Democratic National Convention in Chicago when groups of protesters clashed with members of the Chicago Police Department over the course of seven days which resulted in over 500 people being treated for various injuries. The riots have gone down as one of the darkest chapters of American political history but what happened after the riots is equally as interesting and dark. Several organizers of the protest groups, including Abbie Hoffman and Bobbie Seale, were arrested by police on charges for conspiring to cross state lines to incite a riot. Seven protesters were eventually convicted on charges but these convictions were later overturned in 1972 but the original conviction is now considered one of the greatest miscarriages of justice. The trial will seem to be the subject of Sorkin’s upcoming film with the organization of the protests and the eventual riot potentially being shown via flashback which seems to be the norm of his films including the structure of The Social Network and Molly’s Game. 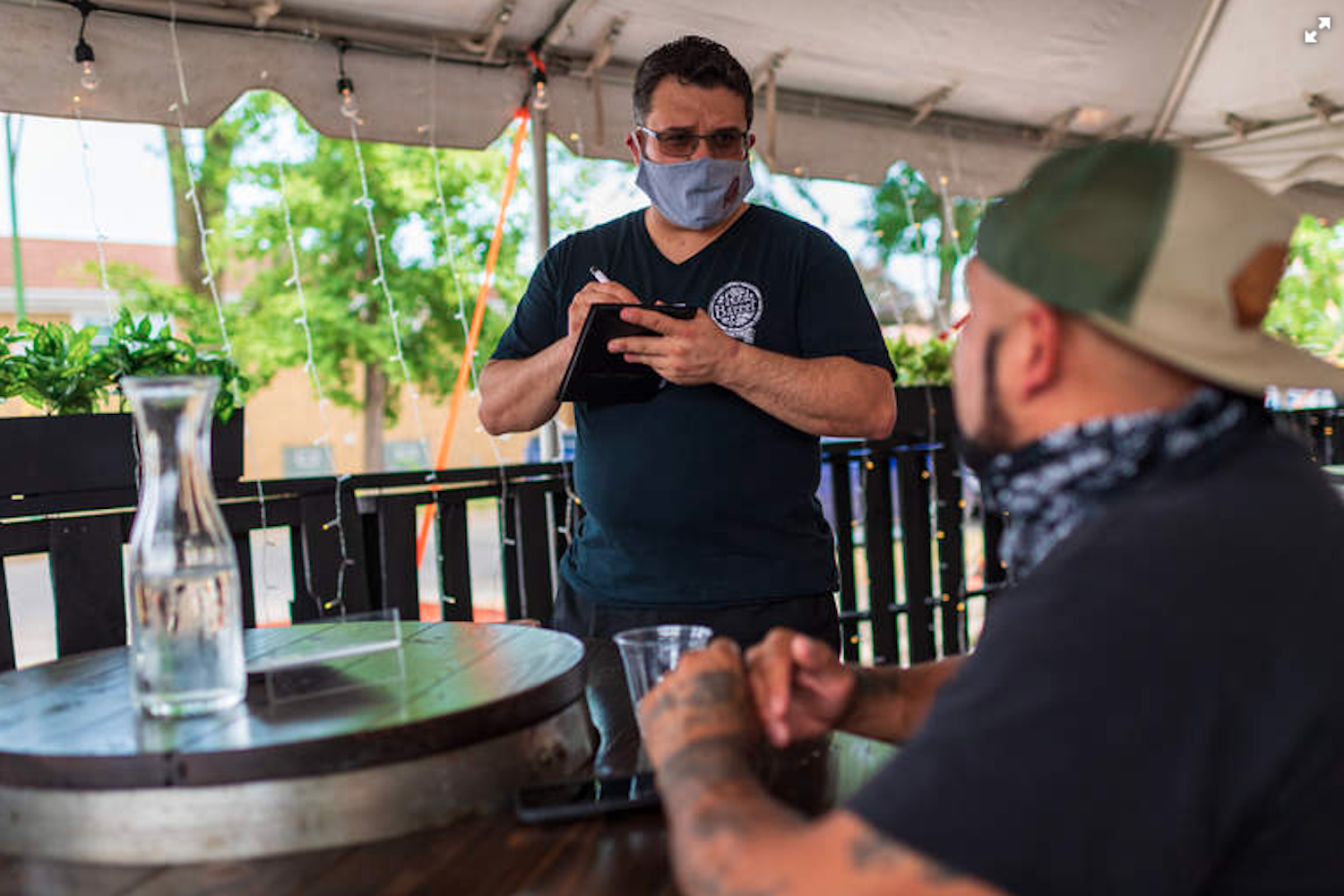 View the WORST Submissions to the Chicago Winter Dining Challenge

Need a good laugh? Check out 6 of the worst possible submissions to solve the City’s indoor dining problem.

It’s safe to say that Aaron Sorkin will be pulling out all of his tricks for The Trial of the Chicago 7 including his famous “walk and talk” scenes, using an all-star cast to speak his carefully crafted dialogue and setting his film against the backdrop of one of the worst riots in history will hopefully make for a memorable. Let’s hope that Sorkin doesn’t take certain liberties with the historical record for the sake of telling this story.

The Trial of the Chicago 7 will be available to watch on Netflix beginning October 16th. Stay tuned to UrbanMatter Chicago and UrbanMatter.com for more pop culture and movie preview content from Chris Rupp beginning in October!

Featured Image Credit: The Trial of the Chicago 7 on IMDb