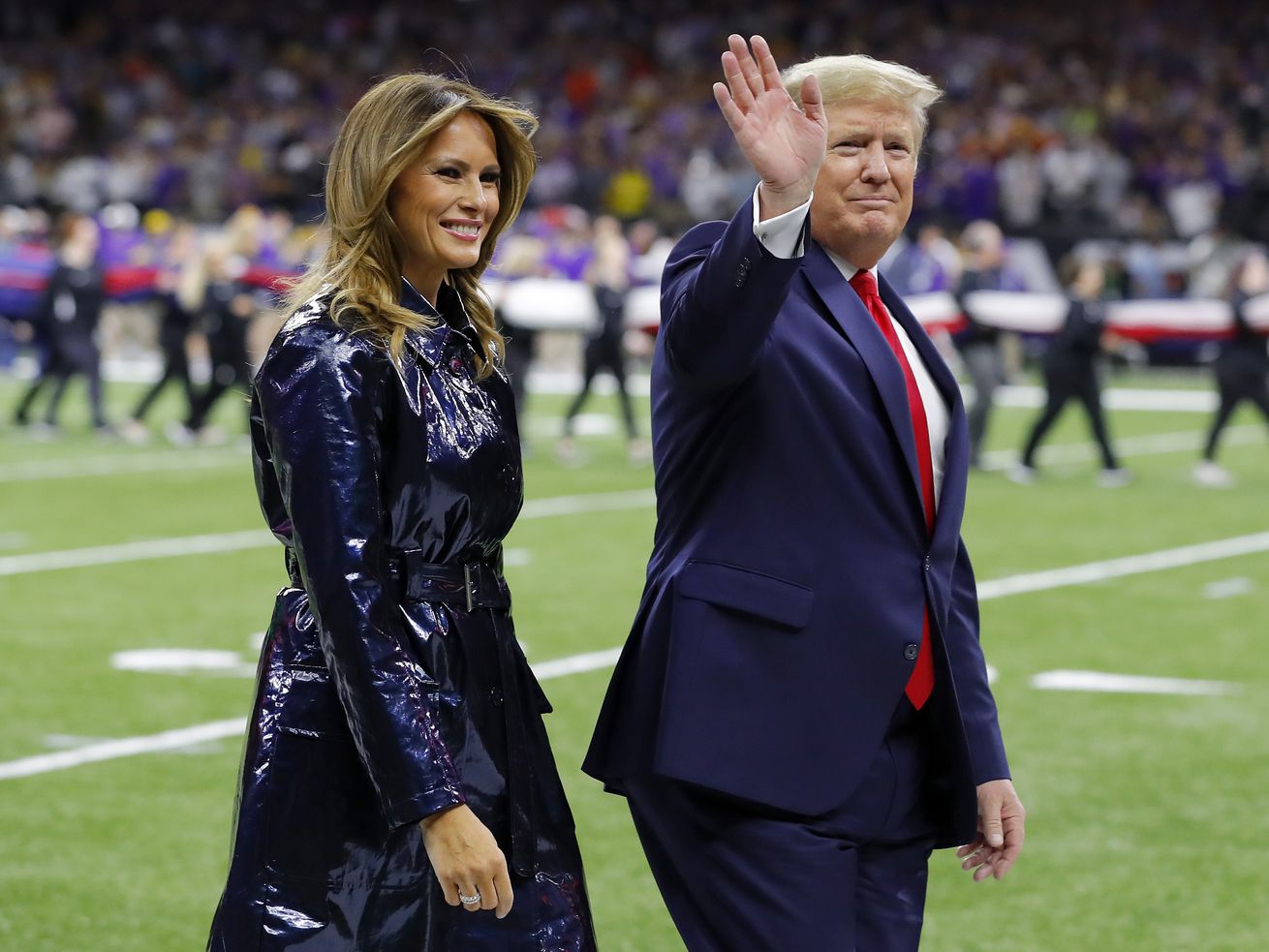 If the powerful conference elects not to follow the SEC, ACC and Big 12 into fall football this season, it can only be because — why else? — it’s trying to take down the President of the United States.

It seems there’s a theme to Big Ten football these days:

As in, the Deep State.

For the love of Paul Bunyan’s Axe, the Old Oaken Bucket and the Land of Lincoln Trophy, I wish it weren’t true. Alas, every Earl and Bubba who loves college football more than life itself — and that’s saying something during a pandemic — knows there’s a seat available on the conspiracy-theory bandwagon.

And that theory is that the powerful Big Ten (along with its ever-loyal lapdog, the Pac-12) isn’t following the SEC, ACC and Big 12 into fall football this season because — why else? — it’s trying to take down the President of the United States.

Care to guess who has been fueling this insanity via tweetstorm?

“I want Big Ten, and all other football, back — NOW,” President Donald Trump posted Friday on Twitter. “The Dems don’t want football back for political reasons, but are trying to blame me and the Republicans. Another LIE, but this is what we are up against!”

Later that day, Trump tweeted that the Big Ten’s decision to postpone the start of football was “disgraceful.” On Saturday, he quote-tweeted a highlight from a game between (you can’t make this up) Austin Peay and Central Arkansas and wrote, “Play Football Big Ten!”

Anyway, Warren has had a rough early go. A lot of that can be attributed to the coronavirus, a problem the size and scope of which Delany never faced. But, as major conferences scrambled for weeks with bringing student-athletes to campus, instituting safety protocols, managing game schedules and receiving medical advice and counsel, Warren made himself an easy target by communicating poorly with coaches and athletic directors and being less than transparent with the public.

Mind you, it’s the university presidents and chancellors who are running this, and they reportedly voted 11-3 to postpone. But what do they know? Are they hypocrites for keeping fall sports under wraps despite schools letting students on campus and — even with most classes being online — charging full tuition? Or are they, in their circumspection, stronger, wiser leaders than their colleagues from the major conferences that are plowing ahead with games beginning this week? Those answers will come in time.

Meanwhile, many players across the league have made it known that they want to play. Parents from various schools have banded together, too, in support of playing. The Earls and Bubbas are apopletic about their Saturdays. And the 11th-hour champion of their cause threw them some mouth-watering red meat on Tuesday.

“Had a very productive conversation with Kevin Warren, Commissioner of the Big Ten Conference, about immediately starting up Big Ten football,” Trump tweeted. “Would be good (great!) for everyone – Players, Fans, Country. On the one yard line!”

After what must have been a stressful couple of hours, the league confirmed in a statement there had been a phone call between Trump and Warren.

“[We] are exhausting every resource to help student-athletes get back to playing the sports they love, at the appropriate time, in the safest and healthiest way possible,” the statement read.

The Big Ten’s reputation took a bunch of hits before Trump decided to make the league a political pawn. Now, the ramifications of playing in the fall — or not — are so much bigger.

At one end of the spectrum is player safety. At the other are charges of conspiring against the man in the White House. In between is all the nuance of one of the most complex challenges to confront the sports world in history.

Good luck with all that, Big Ten. You’re in deep now.

The University of Iowa announced Monday it was putting all sports activities on hold after the athletic department reported that 93 out of 815 COVID-19 tests administered last week came back positive. Also Monday, Iowa State announced it will allow 25,000 fans — about 40 percent of capacity — into Jack Trice Stadium for the Sept. 12 season opener.

Why does it feel like the Sox accomplished far more?

• Punching-way-above-his-weight David Bote vs. back-from-the-abyss Kris Bryant at third base for the Cubs:

And by “discuss” I mean: If you’re one of those saying Bote gives the Cubs a better chance to win, please stop talking.

• According to one gambling website that my degenerate alter ego occasionally visits, the Sox woke up Tuesday with 14/1 odds to win the World Series. That was sixth in the majors, behind the Dodgers (4/1), Yankees (11/2), Rays (9/1), A’s (10/1) and Padres (10/1). You’ll notice zero other American League Central teams among that group.

Oh, the Cubs? Tied for seventh with the Astros, Braves and Twins at 16/1.

The Cubs’ Yu Darvish (2/1) was the National League’s leading Cy Young candidate. The Sox’ Jose Abreu (6/1) was right behind the Rays’ Brandon Lowe (4/1) and the Twins’ Nelson Cruz (5/1) for AL MVP. And future Chicago mayor Luis Robert (2/1) trails only the Mariners’ Kyle Lewis) on the AL Rookie of the Year list.

You know, just in case you’re into this sort of thing.