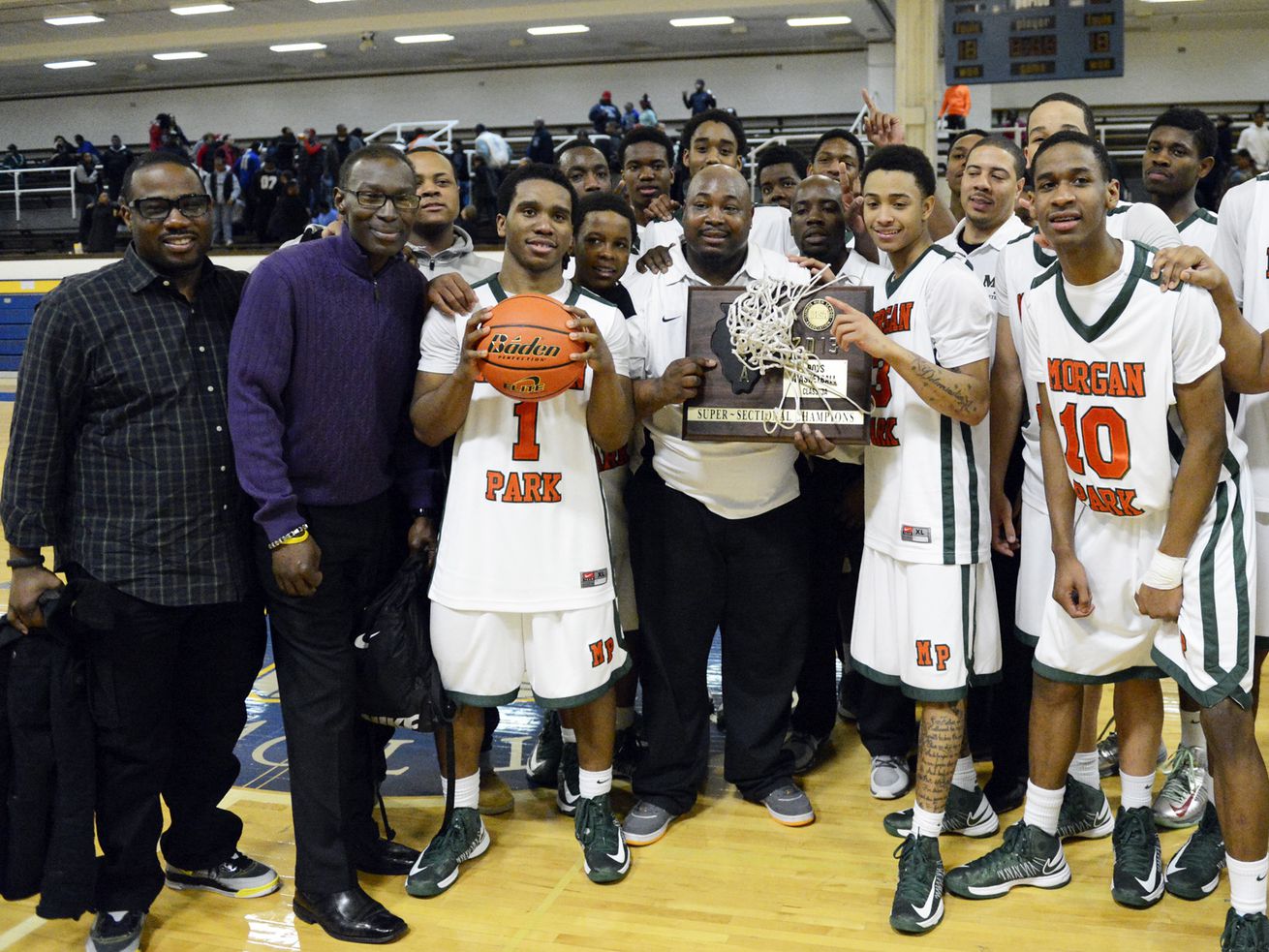 Chicago high school basketball has the ability to shock its fans, even in the midst of a global pandemic.

Chicago high school basketball has the ability to shock fans, even in the midst of a global pandemic.

It was unknown that the job was even open. Promising young coach Justin Bowen had just completed his first year in charge. There weren’t even whispers he was moving on.

Irvin, the head of the influential Mac Irvin Fire club program since 2006, had never been connected with any high school job previously.

It turns out high school coaching was always on his mind. He just didn’t want to compete with his brother Nick, who won four state championships at Morgan Park. Nick Irvin moved to the college ranks this spring. He’s now an assistant at WIU.

“I wasn’t going to do it while Nick was,” Mike Irvin said. “As a family we try to support one another. But my goal was always to be a high school coach. While Nick had that opportunity at Morgan Park I settled into the AAU scene. But high school coaching has always been on my mind.”

Tyrone Slaughter has won three Class 4A state titles and built Young into one of the top basketball programs in the country. Tai Streets has completely reinvigorated Thornton.

Irvin thinks all the pieces are in place for him to turn Kenwood into a powerhouse.

“It’s already a good academic school and Kenwood excels in other sports,” Irvin said. “I never looked at taking the Morgan Park job. That’s Nick’s legacy. It is going to be his name on that court.

“I want to build my own program. Kenwood is a great place in a great neighborhood. Everyone knows [Barack Obama] lived there and the rich history of the area. You drive by the big houses every day. That was the attraction.”

Mike Irvin may have the lowest public profile of all of Mac “The Godfather” Irvin’s children. Nick is at WIU. Byron is an NBA agent. Mac Jr. coaches girls basketball and Cindy works in sports administration at Chicago Public Schools.

Mike Irvin has been a behind the scenes figure. But his influence in the city is substantial and he will be able to attract high-level talent to Kenwood. Expect the program to look much like Morgan Park’s has for the past 12 years.

“The one thing all the Irvin’s have is motivation,” Irvin said. “We can get the best out of the kids by motivating them. The system will be the same, getting up and down and playing exciting basketball. The most important part with all of our teams is to make it fun for the kids. That’s what I’m going to do.”

That sounds so simple: make it fun. But it’s a philosophy that is oddly unique in local high school basketball. It’s a good early sign that Mike Irvin understands what made his younger brother so successful.

Irvin graduated from Carver in 1993. He was a freshman on King’s famed 1990 team. He faced massive expectations in high school after Sports Illustrated named him the best sixth grader in the country. That experience has been invaluable to mentoring young phenoms.