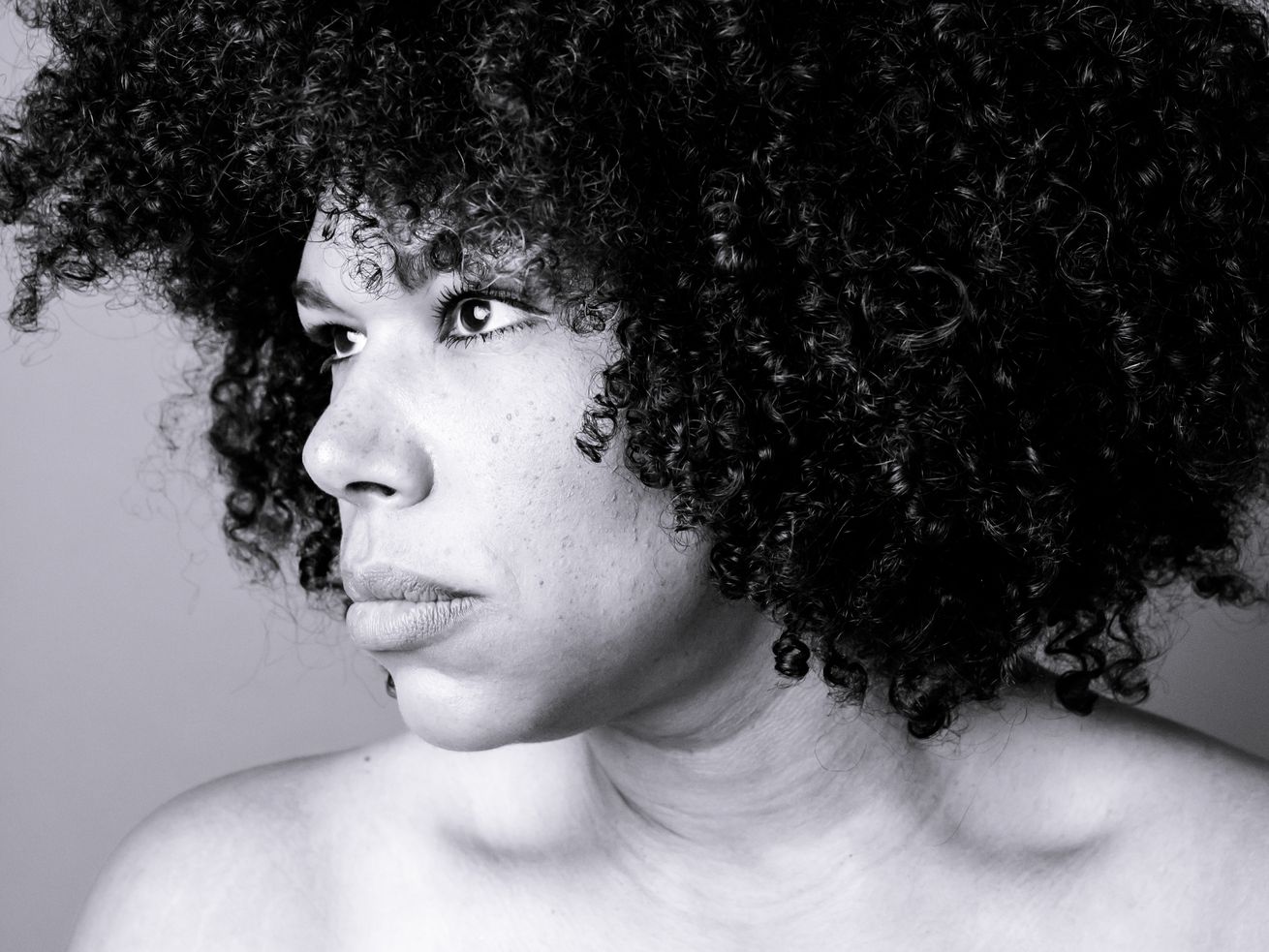 Though Bethany Thomas’ career path has primarily included theater, it isn’t her only love. She is a shapeshifter who can tackle just about any music genre. | Sarah Larson

Thomas’ self-released debut solo album, “BT/She/Her,” recorded at Chicago’s Sound Vault Studios, offers an even broader portrait of a singer-songwriter who has no intention of sticking to one lane.

Over the past two decades, singer-actor Bethany Thomas has built a reputation as a powerhouse performer in an impressive array of local stage musicals including “Into the Woods,” “The Color Purple,” “Ain’t Misbehavin’,” “Ragtime” and “Porgy and Bess.”

But while this career path has been the Jeff Award winner’s bread and butter, it isn’t her only love. She is a shapeshifter who can tackle just about any genre — rock, alt-country, punk, soul — and, in recent years, add to that songwriter.

“I feel like my circles kind of overlap so much between theater and rock music that I don’t realize that a lot of people who go to live theater aren’t going to some punk show [right after that],” Thomas says laughing.

To remedy that situation, Thomas has been branching out into other projects that have been getting broader notice. In 2017, she released “First,” an EP of original music. That same year she was a member, along with John Szymanski and Tawny Newsome, of Jon Langford’s well-received alt-country/soul project Four Lost Souls, which included a recording session in Muscle Shoals, Alabama, at The NuttHouse Studio, followed by a tour.

Thomas’ self-released debut solo album, “BT/She/Her” (due Aug. 28), recorded at Chicago’s Sound Vault Studios, offers an even broader portrait of a singer-songwriter who has no intention of sticking to one lane. It results in a winning reintroduction to an artist whose talent seems boundless.

The songs — from scorching rock numbers to thoughtful focused ballads — are personal and defiant and filled with surprising arrangements she co-produced with longtime collaborator Packy Lundholm.

Thomas, 38, says she got to a point in her career where she “wasn’t connecting musically with the songs she was performing,” which spurred her on to “start writing the stuff I wanted to sing, to write about the things I wanted to talk about and not tell somebody else’s story. …

“As my theater career started moving in better ways, I felt I was getting more opportunities but still I could see where I was continuously held back at certain points. That feeling went into a lot of these songs: me looking at my own anxieties and talking about them in ways where I’m not necessarily apologizing.”

Thomas admits she is stepping a bit out of her comfort zone in one aspect — the studio recording experience.

“Singing into a microphone in a ‘dead’ room is so different from singing on stage,” she says. “You get into the booth and you don’t even recognize the sound you’re making. It’s a different way of singing, and I’m learning and getting better at it. It’s almost like learning a whole new skill, a whole new art.”

Growing up in Kenosha, Wisconsin, Thomas (who now makes her home in Chicago’s Humboldt Park neighborhood) knew from an early age that she loved singing. In addition to performing in school shows, she also took part in the Kenosha Youth Performing Arts Company, an intensive musical theater program — in one show you’d be performing and in another running sound.

“I think with musical theater the idea of looking at it from a very storytelling point of view and making every note and word mean something really got me hooked,” Thomas recalls. “Plus you didn’t have to be yourself, you could be anyone from a queen to an ingénue, and that was fascinating.”

But the events of the past few days in the wake of the Jacob Blake shooting, in her beloved Wisconsin hometown, have weighed heavily on Thomas’ mind.

“It was an extremely nurturing community for me growing up. And while I am profoundly saddened by the destruction taking place, I am devastated for Jacob Blake’s family — and beyond frustrated (though no longer surprised) with the myriad well-intentioned voices who still feel compelled to condemn the loss of property over the taking of Black bodies by the police,” Thomas said.

“After the summer our country has had, how can you still not have any perspective? Black Lives Matter more than buildings, more than businesses — and these types of uprisings aren’t going to stop until Black and Brown people can get any glimmer of a sign we are being heard and believed and finally protected as equal human beings.”

As her career expands, Thomas says she sees the arrival of social media as a game-changer that offers fans a new way to appreciate different sides of a performer.

“I think it’s exciting to look at artists as a whole person and see what this whole person means to their art. When my theater career was getting started, there was no social media. I was on stage in a costume and singing in a particular show and that’s how you knew me. I think some fans are still getting around to this idea that I’m also a person who has other music connections.

Thomas has performed in musical and plays at theaters including Court, Writers’, Marriott, Drury Lane and Milwaukee Repertory, where she had just completed a run in “Hedwig and the Angry Inch,” when the COVID-19 pandemic shut everything down and caused unprecedented upheaval in the theater world. Upcoming performances in Joanna Murray-Smith’s “Songs for Nobodies” and Michael Hollinger’s holiday show “Mr. Dickens’ Hat” at Northlight Theatre were canceled. Suddenly, she had a lot of time on her hands.

The first couple months of the pandemic were a time of “shock and awe,” Thomas says. “Everyone was kind of cloudy and depressed and wondering what the hell was going on.”

With nothing on the horizon, Thomas left town for California, where for three weeks she worked with her friend Tawny Newsome on a batch of new songs. Setting up shop in Newsome’s garage studio in the desert outside of Los Angeles, the collaborators wrote and recorded a new album, “Material Flats,” due Oct. 2.

Many of the songs were inspired by the COVID quarantine and other events of the past few months. “Juneteenth 2020,” written by Thomas, is her response to hearing President Trump’s initial plan to hold his Tulsa rally on the day commemorating the end of slavery.