In 1881, in Buffalo, N.Y., former steam-boat engineer, dentist, and inventor Alfred P. Southwick witnessed an intoxicated man die instantly after inadvertently touching the terminal of a large generator.   Southwick had been thinking about a more humane way of executing condemned criminals and electrocution he thought could be the answer.

After David B. Hill was elected governor of New York in 1885 there were a number of publicized botched hangings and Southwick saw the opportunity to approach Hill with the idea of electrocution as a more civilized means of execution.

Dr. Alfred P. Southwick who became known as the father of the electric chair.

In 1887, Hill formed a three-person Commission made up of Southwick, Elbridge T. Gerry of New York, and Matthew Hall of Albany.  They studied different means of execution then currently in use including the guillotine by ten governments, the gallows by three, the sword by nineteen, the musket by two, and the ax by one.  On January 17, 1888, they submitted their report with the unanimous support of electrocution.   The New York legislature framed and passed a bill that received Hill’s signature on June 4, 1888, and the new law, the first in the world, establishing electrocution as the modern means of execution went into effect in the state of New York on January 1, 1890.

The stage was set for the world’s first execution by electricity but who would be the star of the show?

William F. Kemmler was born on May 9, 1860, and was living in Philadelphia when he became interested in a married woman by the name of Mathilda Ziegler.  Mathilda was the sister-in-law of Kemmler’s brother Henry.   Kemmler was a produce peddler and called on Mathilda Ziegler as a customer.  They had conversations that she was not happy with her husband and in 1887 Kemmler married a woman named Ida Fortner that he was not happy with.  Kemmler and Ziegler decided to take off together to escape their unhappy marriages ten days after Kemmler’s marriage to Forter.

Around November of 1887, Kemmler and Ziegler left Philadelphia for Buffalo, NY, and took up residence in a couple of different locations under the names of John and Mathilda Hart.  Kemmler started up again as a peddler of produce and they ended up at 526 S. Division Street.  John DeBella was one of the persons working for Kemmler and lived with the couple starting in January of 1889.

Kemmler was a heavy drinker and co-workers and neighbors would hear them arguing frequently.  According to Kemmler, Ziegler was constantly saying that she was going to take him back to his first wife because he was worthless.

There also seemed to be some suspicion on Kemmler’s part that Ziegler was taking a liking to his employee DeBella.

It all came to a head on the morning of March 29, 1889.  Kemmler and Ziegler were in a heated argument when Kemmler took an axe and brutally murdered Ziegler in the kitchen of the home.  He hit her with the ax in the head no less than 26 times and fractured her skull in over 17 places.

William F. Kemmler aka John Hart was the first man to be executed by electrocution.

Kemmler left Ziegler on the floor and walked out of the house wiping the blood from his hands.  He told Mrs. Reid who was their landlord and lived in the front of the house what he had done.  He then walked to Martin’s Saloon, ordered a beer, and told them exactly what he had done.  He stated that he killed his wife and was willing to hang for it.

He was arrested, arraigned and plead not guilty to first-degree murder.  The Trial was short and he was found guilty of first-degree murder on May 10, 1889, and was sentenced on May 14, 1889, to die by electrocution sometime during the week starting June 24, 1889, at the state prison at Auburn, NY.

It all seemed pretty cut and dried and Kemmler was resolved to die for the crime that he had committed even if he would be the first to die by electrocution but there was something going on behind the scenes that remained secret for some time.

Kemmler’s crime was taking place during what we now call “The Current Wars”.  American Inventor, Thomas A. Edison who was banking on direct current (D.C.) was deeply at odds with George Westinghouse and genius Nikola Tesla who were proponents of alternating current (A.C.).  Both were banking on the fact that their preferred currents would be the predominant mode of transmission going forward.

Southwick attempted to procure a Westinghouse dynamo for his death chair but Westinghouse denied selling it for that purpose stating that they didn’t sell to government entities.  Of course, it was because Westinghouse did not want the negative publicity for their alternating current.

It was later determined that Edison used an employee of his named Harold P. Brown who had also set himself up as an independent consultant to advise the New York State Agency in charge of designing the electric chair.   He was able to procure the Westinghouse dynamo which he then used under contract to the New York Medico-Legal Society who was tasked with the help of Southwick and Auburn Prison Warden Charles F. Durston to design the death mechanism.

Westinghouse learned of the scheme and hired the best lawyers he could find to appeal Kemmler’s case even without Kemmler’s or anyone else’s knowledge.

Ultimately, all attempts at saving Kemmler failed.  Early in the morning of August 6, 1890, William Kemmler was led to the death chamber at the state prison in Auburn.  He was very calm and collected and had become friends with his keepers and Warden Durston.  In fact, Durston’s wife had studied the bible with Kemmler and had him converted while in captivity.  He had made out his will gifting his bible, his autograph cards (he had learned to write his name in prison), and various other personal effects to his captor friends.

Warden Durston introduced him to those who were there to witness the execution and then said, “I have informed you as to the provision of the warrant and it is now my duty to carry the sentence and judgment of the court into effect.  Have you anything to say?”

“No, I haven’t much to say.  The newspapers have been saying a lot of things about me which was not so.  I wish you all good luck in this world.  I believe I am going to a good place.”

He took off his jacket and laid it on the back of the electric chair.  The chair was made of wood and was in the shape of a dentist’s chair with straps for the arms, chest and legs.  His shirt had been precut for one of the electrodes to be placed on his lower spine, his head was shaved for the electrode to be placed on his head.  Later the small of the back electrode would be replaced with one on the calf for future executions.

After a few minutes, the straps were in place and Kemmler shook his head stating that the electrode on his head was a little loose.  Kemmler looked at the warden and said, “I guess you’d better make that one a little tighter, Mr. Durston”

Durston tightened the electrode on his head.   The last strap was fastened around Kemmler’s face.  It was a wide strap that covered the eyes, nose, and chin but left the nostrils and mouth free to be able to speak and breathe.

A syringe was used to inject a saline solution on the sponges used by the electrodes to make sure a good electrical connection was made and to reduce burning.

Warden Durston stepped to where he could reach the door where the switch was and said, “Nothing has been forgotten, Goodbye William.”  Durston tapped twice on the door leading to the anonymous executioner who was later determined to be another prisoner.

A muffled, “Goodbye” could be heard from Kemmler.

The electrical switch was thrown and Kemmler’s body tensed.  For seventeen seconds over 1,300 volts of electricity passed through Kemmler’s body as his hands and arms constantly contracted.

When the current stopped Kemmler’s body relaxed.  The doctors stepped forward and a blue froth could be seen on the corners of Kemmler’s mouth.

The doctors attempted to remove the strap around Kemmler’s mouth and then he twitched!  The froth was blown from his mouth and the doctors yelled out, “He is alive!  Turn on the current again. Quick more current!”

The sound of the switch could be heard again and while the body movements ceased the overwhelming smell of burnt flesh and singed hair filled the room.  At the base of Kemmler’s spine, a small blue lick of flame could be seen.  One man turned and vomited.  The stronger and longer current was turned off.  The doctors waited about four minutes before approaching Kemmler.  He was indeed dead but nothing so horrible or gut-wrenching had been witnessed by anyone in the room.

The Chicago Tribune published Westinghouse’s reaction to the horrors of the execution on August 7, 1890.

Pittsburg, PA., Aug. 6 [Special] George Westinghouse Jr., President of the Westinghouse Electric company, breathed a sigh of relief when he was advised this morning of the result of Kemmler’s electrocution.

“I do not care to talk about it,” he said.  “It has been a brutal affair.  They could have done better with an ax.”

If you love Chicago History please consider subscribing to my posts. You will receive an email that alerts you when a new article is published. My list is completely spam free, and you can opt out at any time.

Ray Johnson is a former criminal investigator in Du Page County, Illinois. He was born in Chicago and has spent his entire life in the Chicagoland area. He is a graduate of The University of Illinois at Chicago and has taught College Classes in Criminal Justice at the College of Du Page in Glen Ellyn as well as lecturing on Chicago folklore and history and teaching adult education classes on historical research techniques. He is a former Chicago Area Representative of the Association of Professional Genealogists, a member of the Jackson Park Advisory Council and a member of the Hyde Park Historical Society. He is a life-long fan of Chicago history and especially the stranger side of Chicago’s history which really makes history come alive for adults and kids alike. His first published work is “Chicago’s Haunt Detective”, Schiffer Publishing, Atglen, PA, 2011. His website for the stranger side of Chicago is HauntDetective.com He also runs a historical research service from his other website, HistoryCop.com. His second book, “Chicago History – The Stranger Side”, Schiffer Publishing, Atglen, PA, 2014 was released this February. 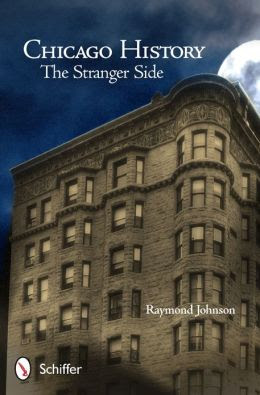 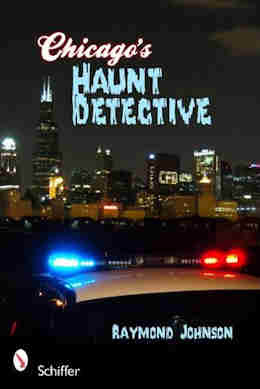 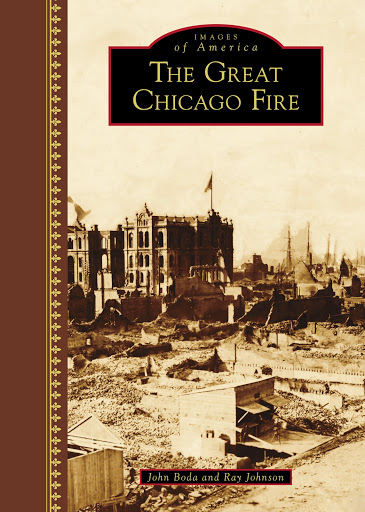