If you haven’t somehow already felt the scorch of Chicago’s heat streak (please, tell us your ways), we’ve got another slew of hot days coming. Despite the heat, Mayor Lori Lightfoot said on Monday that Chicago’s beaches won’t be opening “any time soon.” While the Chicago beaches are to remain closed until further notice, cooling centers and splash pads around the city will be opening up to provide some relief from the heat.

Are you trying to find the best pizza places in Chicago to visit? View our list of the top 50 pizza restaurants in the city. 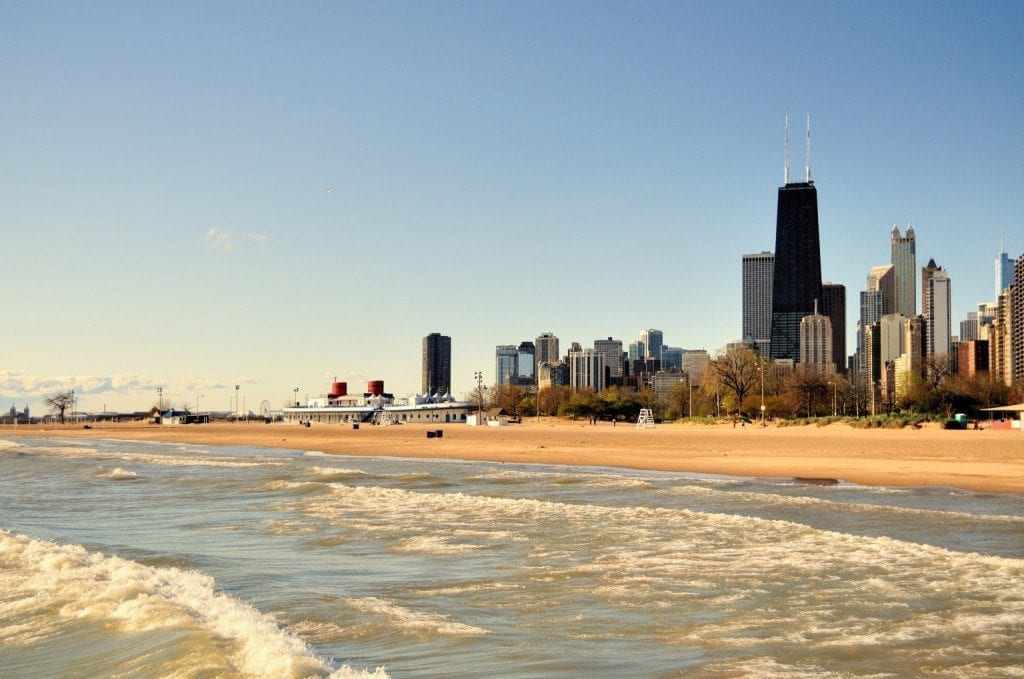 The announcement from the Mayor on Monday came with the reasoning that both public pools and beaches are easy spots for people to congregate and spread the virus. Lightfoot said, “the challenge with the beaches, and with swimming pools… is that they are rife for congregate gathering and not social distancing.” Because of that, she said, “we don’t see the beaches opening up anytime soon.”

Given the situation in states like Arizona, Florida, and Texas, the Mayor’s decision to keep beaches and pools closed isn’t a surprising one, but perhaps a little disappointing for anyone who got their hopes up when Dr. Allison Arwady, commissioner of the Chicago Department of Health, told FOX 32 in late June that beaches would most likely open up after the Fourth of July holiday weekend. Seeing as that’s yet to happen, we’ll have to wait and see the status on beaches in the coming days.

Still, the immense heat in the city is an issue that residents and visitors must face. The city’s response has been to open up several cooling stations, roll out mobile cooling stations, and reopen splash parks to the public.

The splash parks will be open from Tuesday to Friday, with park district employees on the watch to make sure that social distancing is enforced. Chicago’s Department of Family & Support Services has opened up cooling stations with new social distancing guidelines in place to ensure safety while people stay cool. In addition to the normal centers, a few centers just for senior citizens have also been opened up so as to avoid a higher risk of coronavirus transmission among that more vulnerable population. 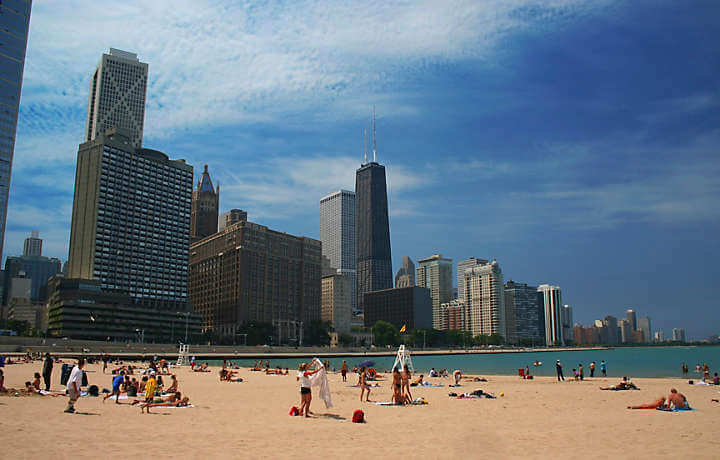 Unfortunately, many Chicago residents are taking their own measures to stay cool, such as ignoring the city’s warnings and going to beaches still, as well as opening up fire hydrants. City officials have been cracking down on removing residents from the beaches, especially because of the fact that there are no lifeguards on duty, and the Chicago Fire Department has warned that opening fire hydrants poses a threat when they can’t be closed again, not to mention the fact that often drivers can’t always see children playing in the water.

Finding the shade or running fans are alternatives to the more dangerous options above and, if your local retailer has one in stock, home pools are also a smart way to get on top of the weather. The heatwave should break by the end of the weekend, but residents are advised to stay hydrated and smart about the weather in these coming days.